Marrico Simpson was born and raised in a rural, low poverty area called State Line, in Wayne County, Mississippi. From childhood, Marrico struggled with a severe speech impediment that challenged his confidence and caused others to dismiss him. He was often picked upon and even bullied due to this, making him a laughing stock before his peers.

But Marrico was a born fighter. Not only would he stand up to bullies in physical fights, he also constantly challenged himself mentally and refused to give up. Though he was an average student in school – regularly scoring C’s, with B’s and A’s less frequently – he always did his best.

After finishing high school, he joined the US Navy when he found out he could no longer pursue his dream to play college basketball.

Marrico’s early career in the military was a struggle due to his immaturity as a teenager. As a result, he was labeled a problem and even faced early dismissal from service due to his actions. But after timely advice from good mentors and leaders, he was able to turn things around and soon settled into his military career. As time passed, Marrico matured and excelled at an extremely rapid rate, allowing him to move up quickly in military rankings. Although he continued to face obstacles with his speech, Marrico never stopped proving doubters wrong. It was this resilient attitude that would see him start his first business as a young man of 23.
In 2011, Marrico established Cut N’ Shears Beauty and Barber Salon with the help of co-partners at the time. This was a dream come true for a young man who had first been introduced to the barbering and hair industry at age 11 by his friend James Williams and his Aunt Belinda. After being introduced to the industry and learning the craft, Marrico developed a deep passion for barbering. Over a decade later, he was able to pursue his passion while still serving in the military.
He didn’t stop there. Just a year later, Marrico opened the first barber school (CNS Beauty Academy) in Suffolk, VA at the age of 24. After receiving his Barber Instructor license, a short while later, he expanded his knowledge and became a Cosmetologist Instructor. Although he continued to struggle with his speech, Marrico was still able to touch the lives of others by adding value to those under his leadership in the military and his businesses.
In 2015, Marrico was discharged from the military due to a chronic kidney disease that had taken its toll on his health, causing him to become unfit for duty. After his release as a Disabled Veteran, he turned his full focus to his businesses. He has continued to work hard despite his health issues, speech impediment and full-time studies, first at Old Dominion, and then at Regent University, for Biblical Studies and Theology.

In 2017, Marrico stumbled upon the idea that will lead to his first invention when he was teaching a student how to perform a self-cut. The student had an issue with holding traditional hair clippers to self-groom. As Marrico was teaching the student, he mentioned, “you cut your hair in the same direction you would brush it…”

“just imagine a clipper blade being in a brush.”

Comments such as these birthed the idea of the CutBrush, a combined hair clipper and brush that makes self-grooming easier, and also has applications for pet grooming.

“No neeed to imagine! Get yours today!”

Shop Here For CutBrush For Pets

SIMPLIFY YOUR HAIR CUTTING & BEARD TRIMMING NEEDS WITH THE ONLY SELF GROOMING TOOL IN THE WORLD THAT MAKES YOU LOOK LIKE A PRO!

Specially designed for Military men, College Students, Business Men, and Busy Moms and Dads that wants their kids to look good without the cost! Time is money and our innovative design CutBrush saves you both!

The CutBrush combines a hair clipper and hairbrush into one powerful must-have self-grooming tool. 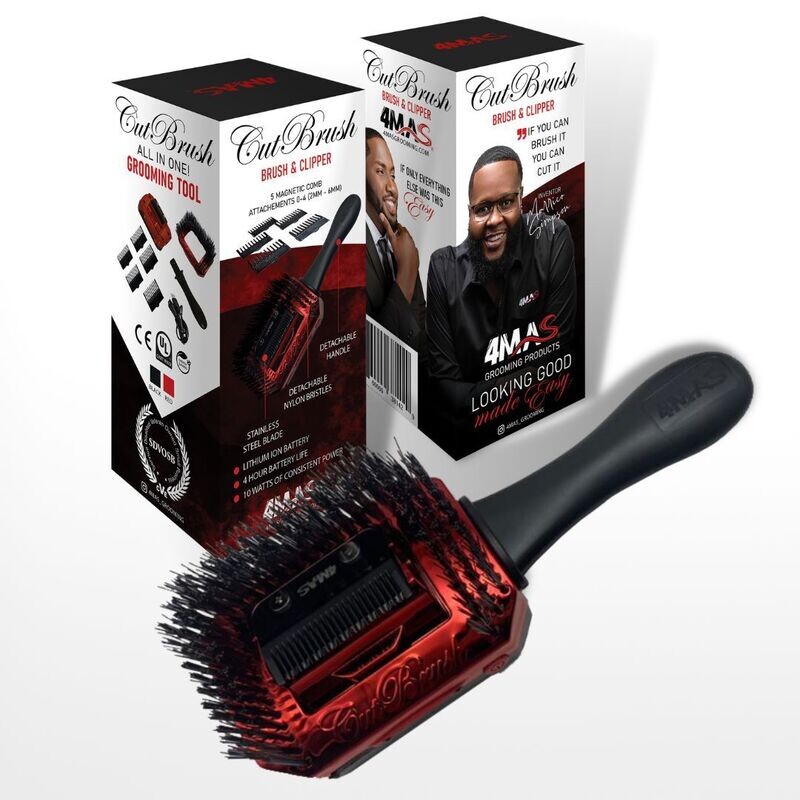 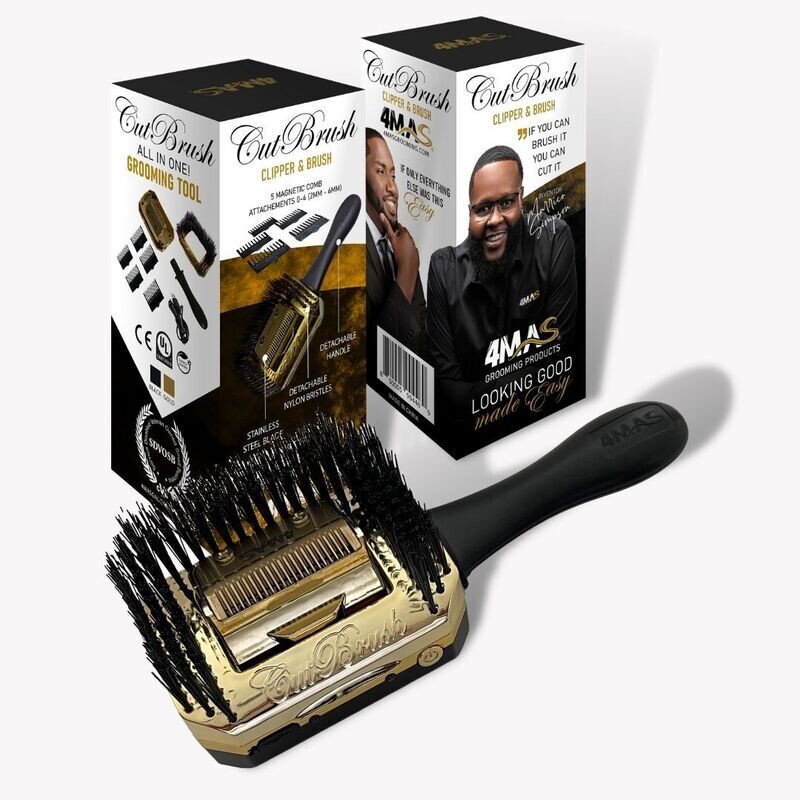 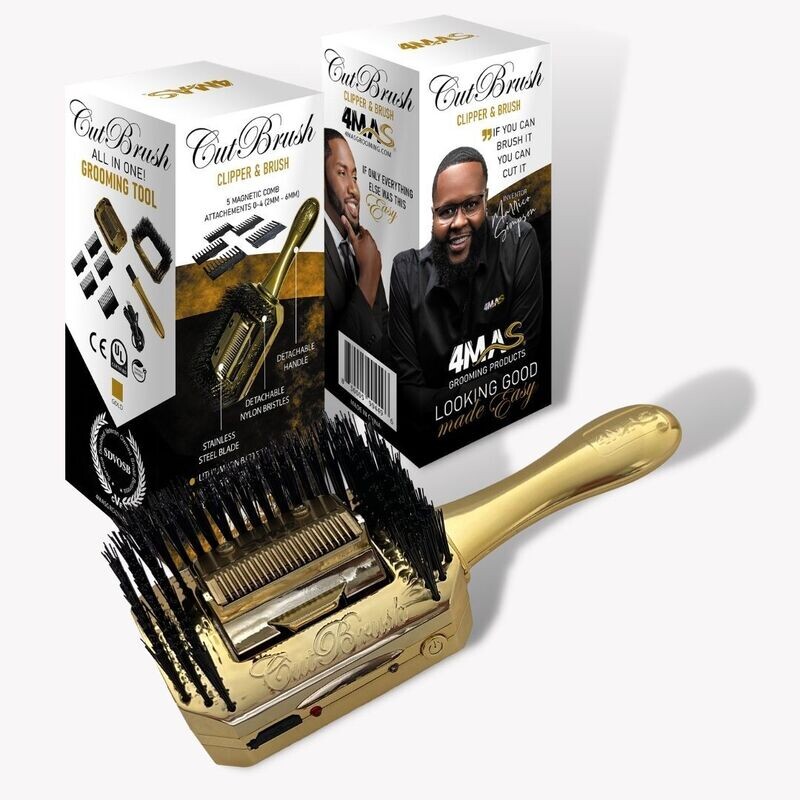 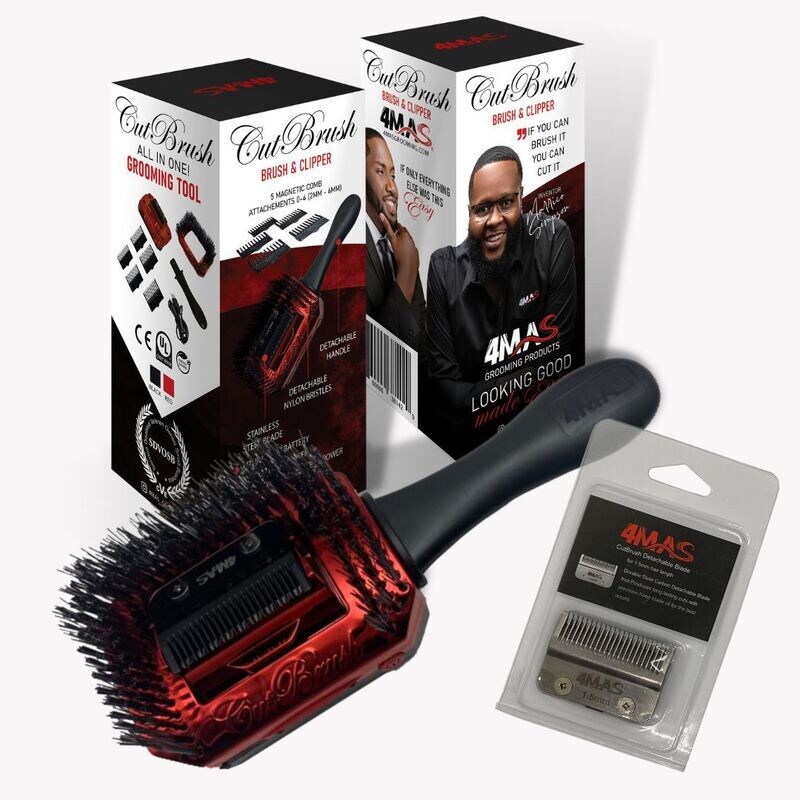 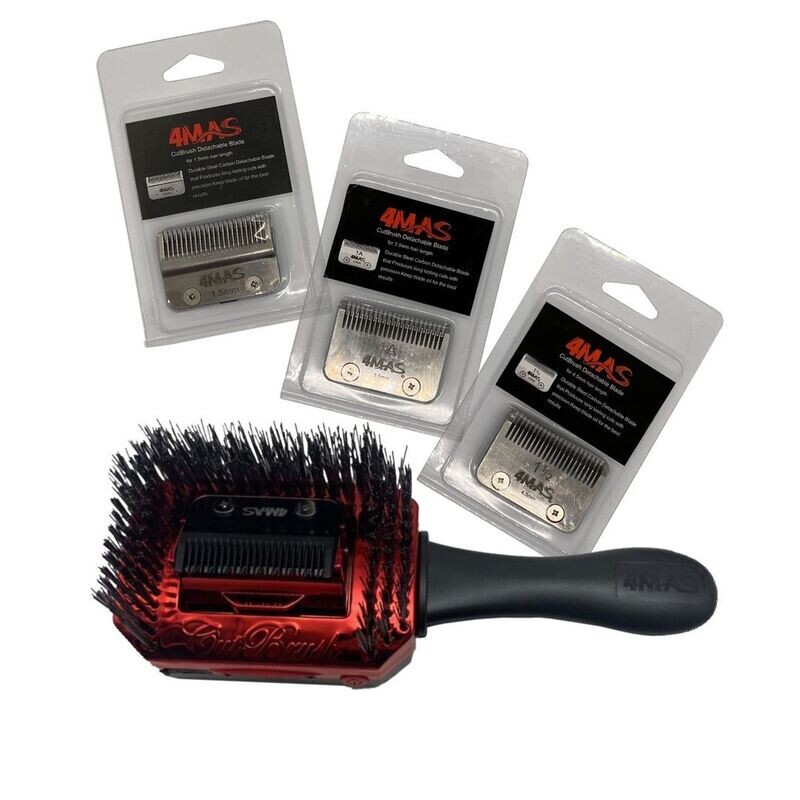 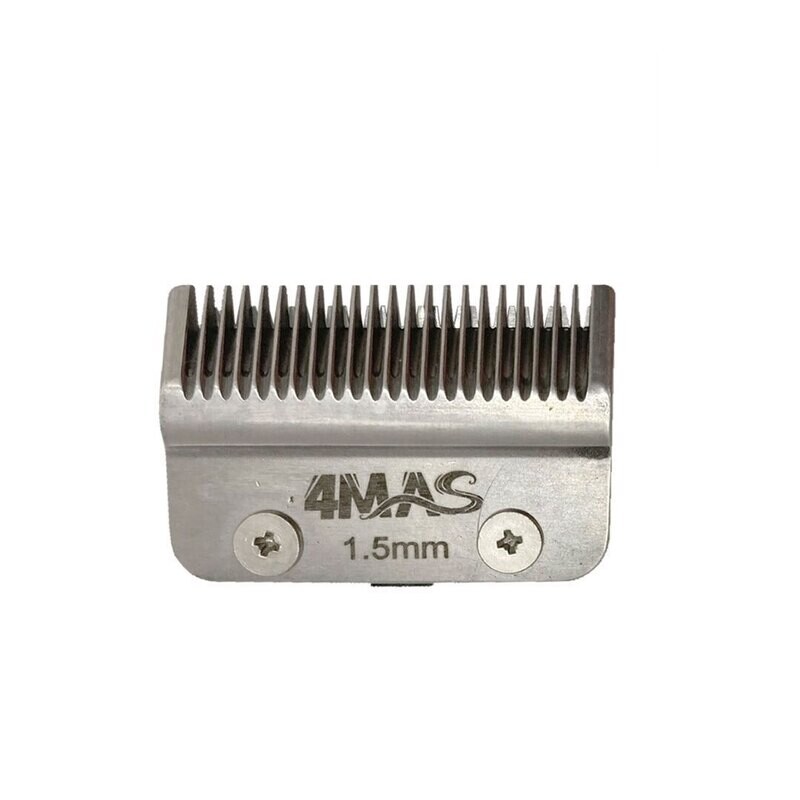 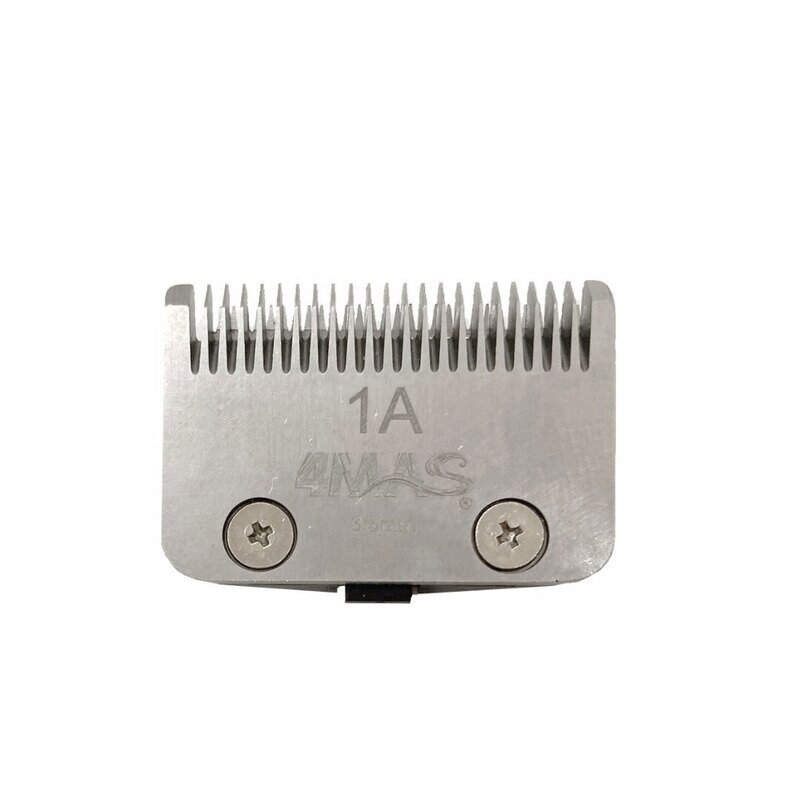 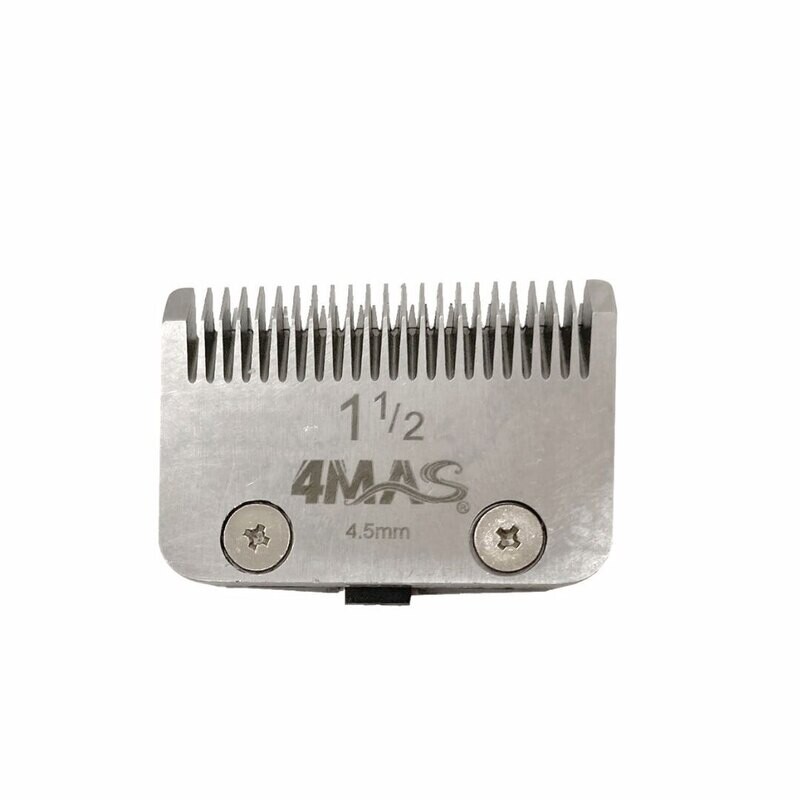 An inside look at the CutBrush

Time is money. The CutBrush saves you both. Our innovative design combines a hair clipper and hairbrush all into one powerful tool.

Keeping YOUR clients looking THEIR BEST

Shop Our Products
We use cookies on our website to give you the most relevant experience by remembering your preferences and repeat visits. By clicking “Accept All”, you consent to the use of ALL the cookies. However, you may visit "Cookie Settings" to provide a controlled consent.
Cookie SettingsAccept All
Manage consent

This website uses cookies to improve your experience while you navigate through the website. Out of these, the cookies that are categorized as necessary are stored on your browser as they are essential for the working of basic functionalities of the website. We also use third-party cookies that help us analyze and understand how you use this website. These cookies will be stored in your browser only with your consent. You also have the option to opt-out of these cookies. But opting out of some of these cookies may affect your browsing experience.
Necessary Always Enabled
Necessary cookies are absolutely essential for the website to function properly. These cookies ensure basic functionalities and security features of the website, anonymously.
Functional
Functional cookies help to perform certain functionalities like sharing the content of the website on social media platforms, collect feedbacks, and other third-party features.
Performance
Performance cookies are used to understand and analyze the key performance indexes of the website which helps in delivering a better user experience for the visitors.
Analytics
Analytical cookies are used to understand how visitors interact with the website. These cookies help provide information on metrics the number of visitors, bounce rate, traffic source, etc.
Advertisement
Advertisement cookies are used to provide visitors with relevant ads and marketing campaigns. These cookies track visitors across websites and collect information to provide customized ads.
Others
Other uncategorized cookies are those that are being analyzed and have not been classified into a category as yet.
SAVE & ACCEPT